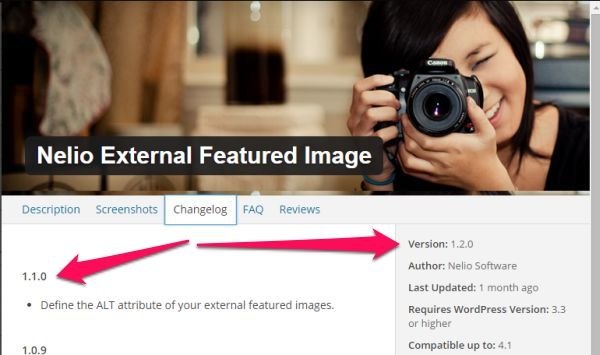 Before we started The WordPress Helpers, we used and helped others use WordPress for … quite a while. And while all is not perfect in WordPress, we have no major issues with any of its features.

Our real problem with WordPress Image Handling has to do with organization.  Take a look at this; it’s The WordPress Helper’s Image Library as of right now:

Let’s talk about the problems:

Oh: and have you noticed that this is obviously not all the images at The WordPress Helpers? In fact, the image of the Media Library isn’t IN the media Library, nor is the picture you see at the top of this article! And that’s by design.

Because of how we feel about WordPress Image Handling, we avoid using the media library whenever we can.

In most cases, that’s not a big deal. We upload most images, and the audio versions of our posts, manually and link to them via URL whenever that’s possible. This explains why our library has so few images in it. But we also understand that many users, not familiar with the unmanaged mess that the media library creates, happily click away.

We also know that only a small portion of our friends and consulting clients will alter their behavior on this matter even after we explain it. For the folks who just don’t care, we offer up two resources we came across last week. Bob Dunn, whose work was featured here once before, has put together an exhaustive walk-through of how the WordPress Media Library works. As with his article on Posts and Pages, we think Bob is sort of missing the point, but even more than in the earlier piece this is one complete resource; highly recommended if we can’t convince you to do WordPress Image Handling the right way.

Regardless of where you fall on the larger issue of WordPress Image Handling, we also want to point you at a great piece from WPExplorer. It explains the right way to handle images before you use them in WordPress, and touches on pretty much all the issues. How many issues? It almost goes too far! Also highly recommended.

Bringing us to the big issue. 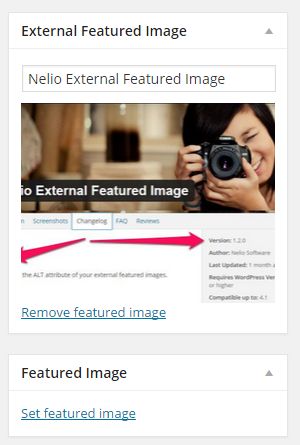 Nelio External Featured Image is an amazing add-on to WordPress’ native abilities, and it creates very little performance overhead so you needn’t worry about speed hits. And the guys at Nelio believe in support; not only did they craft a bit of custom code that made Nelio External Feature Image work correctly in The WordPress Helpers’ rather complicated site design before we launched, but this week we noticed a small problem, pointed it out, and in a matter of hours Nelio had not only fixed it, but revved External Featured Image and pushed the version including the fix to the outside world.

We presume that when they get around to documenting it (note the 1.1 vs 1.2 discrepancy), they’ll credit us 😉 .

By the way: we’d like to point out both that Nelio External Featured Image is completely free, and that Nelio has a service they sell that you’re going to want to take a look at when it’s time for A/B testing and working on marketing.

Understanding the way you manage WordPress Image Handling is important. Read Bob Dunn’s walk-through, take a look at the items you want to get under control at WPExplorer, and if you still need any kind of help, give The WordPress Helpers a shout.

How To Optimize Images for WordPress
Free Stuff!
No charge. No SPAM. Unsubscribe any time.