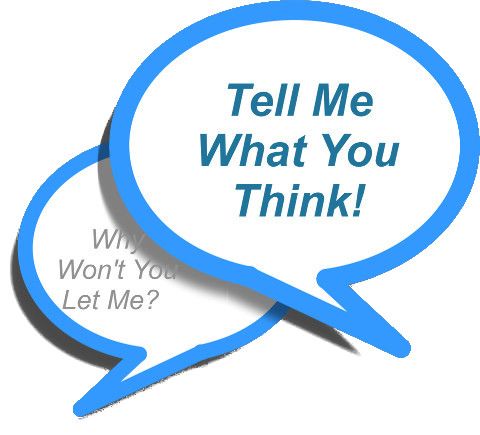 Have you ever been involved in a conversation and suddenly realized that it wasn’t a conversation at all? You know; there’s this a-ha moment when you realize that whomever you’re speaking “with” is actually speaking at you?

I’ve been spending a big chunk of my time at The WordPress Helpers working through this. We believe we’re building something pretty cool, and our early traffic results bears that out, but there’s something else we’re learning too; community building is hard. As a result we’re watching some lessons we’ve taught at Answer Guy Central for quite a few years redefine themselves.

So yesterday, when I came across something that bugs me, at the blog of a guy I’d never heard of before, I really started thinking. And I’ll say it loud and clear:

I’m not just paying lip service to this idea. What I’m saying is not merely that Community Engagement Matters, but even more that there is no community without interaction between its members.

The guy I came across is named Cristoph Trappe. Mr. Trappe seems to be a motivational speaker more than anything else, and as a result of all the time I’ve been spending interacting with The WordPress Community, I happened on a piece at his blog called “Why Community Manager is not an Entry-Level Role”. And Mr. Trappe is absolutely correct in his premise; community managers are important, and need skills that go beyond simple social network statistics goosing. At some level that also suggests that they need a bit of experience in broader business topics.

Unfortunately, Mr. Cristoph Trappe doesn’t seem to be willing to practice what speaker Cristoph Trappe preaches. He’s got a rather large authenticity problem; as with some other people I’ve encountered lately Christoph Trappe isn’t interested in your comments; I wanted to respond to his piece on community building, but community engagement is disabled at authenticstorytelling.net.

To be fair, when I dug around his site to find a contact link and reached out directly to Mr. Trappe, he responded. But the digging around was more work than he or you should want to put members of your community through. If someone wants to take the time to reach you there’s no good reason to create friction in the process. Leaving me at this question: by disabling community engagement is Christoph Trappe telling his readers that he’s talking but not interested in listening, or that he just doesn’t want you using “his” pulpit to tell your story?

Trick question; neither is OK.

I put the his in quotes with some purpose: if you believe you own a pulpit, you’re mistaken unless it’s a very, very big pulpit. Celebrities can get away with this; you can not.

Social networking (community building) is social. Christoph Trappe’s pulpit isn’t his to protect until he achieves Internet demagogue status, and even then, if he’s talking community he needs to at least pretend he’s acting as a member of one. That’s what real community engagement is about.

As I said, I’d never heard of Cristoph Trappe before yesterday, and I’m not so much trying to pick on him as I’m sharing an idea about community engagement and more broadly why community matters. Sorry, Cristoph, but today you’re a casualty of a war you aren’t involved in.

That war is on full display at our Twitter account. And it’s an unintentional war, but illustrative of the biggest hurdles facing you today. You need community. If you aren’t part of the right community, build one.

And when you do, you’re going to offend someone else whose turf you’re treading upon. Insofar as it can be, that’s OK; no-one ever said business was anything but a full-contact sport. Just be ready; and be community-building with all your might, all the time.