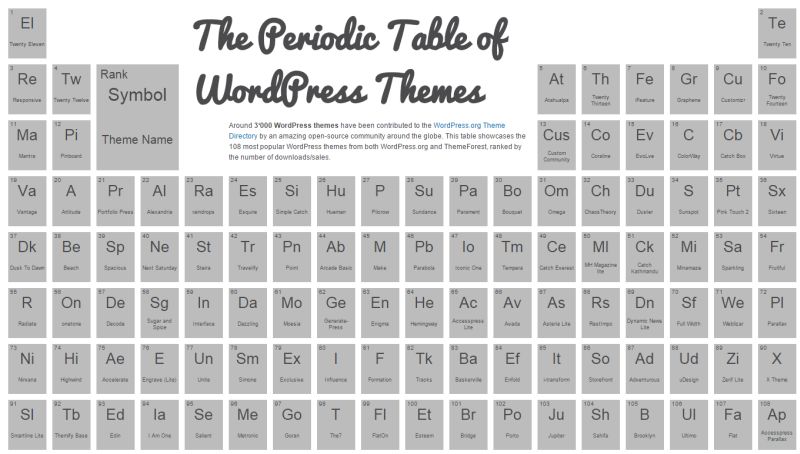 Want to see something really cool? It’s The Periodic Table of WordPress Themes!

Problem is, it’s wrong. Not “wrong” as in “I say it’s wrong”. Wrong as in the data that the table relies on doesn’t agree with the table. Take a look at WordPress.org’s data on popular WordPress themes as of this morning:

No big deal, of course, and the truth is that unless you’re doing some statistical-based project you simply don’t need to know what the the most popular WordPress themes are. But wouldn’t it be nice if someone new to all this and with nothing to go by other than numbers and trying to make a decision had a tool they could rely on?

The Periodic Table of WordPress Themes is a cool idea, but … it’s wrong
Free Stuff!
No charge. No SPAM. Unsubscribe any time.