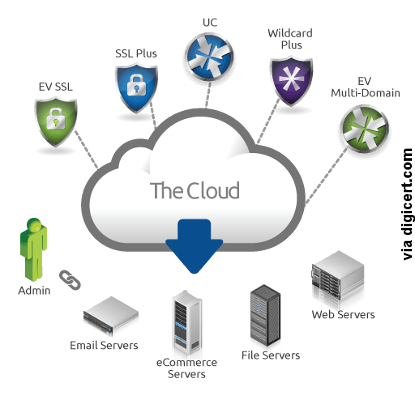 See this oh-so-not-simple image depicting the way information flies around the Internet? Want to see it get a whole lot simpler? Maybe we can finally give WordPress REST?

Yeah, we’re being cute. This is an article about the WordPress REST API, a subject simultaneously simple, and painfully difficult to explain. And you know what the punchline is going to be?

In the WordPress Community, the most-talked-about subject over the last few months has been something called the WordPress REST API. An Application Programming Interface‘s purpose is to give outside tools or people the ability to interact with a self-contained system; for example, we use Twitter and Facebook APIs to display our followers in this page’s sidebar.

The WordPress REST API’s purpose, at the simplest level, is to make it possible for outside services to interact easily with WordPress. This is clearly a great idea; it enables people using outside programming languages and non-WordPress environments to reach down inside a WordPress installation and interact. It’s one more way for WordPress to grow its market share. Woo Hoo!

Or—alternate theory—The WordPress REST API could be the death of WordPress.

As we often speak from a position that annoys certain parts of the WordPress Community, we fully expect blow-back for that one. But we’re concerned. While The WordPress REST API could do great things for WordPress, we think it likely that the powers-that-be are putting their eggs in the wrong basket.

Allow us to explain.

WordPress has been talking about the REST API for quite a while, and implementing it in pieces. And with no-less-influential sources than Elegant Themes and WPMUDEV discussing it recently, there’s a reason; the WordPress REST API in all its glory is almost upon us. And it’s everywhere; when Chris Lema‘s blog was discussing hosting in the year 2015, we thought immediately to tie even that conversation to the WordPress REST API. Remember, WordPress parent Automattic is a hosting company. So here’s the thing:

REST is only going to drive people away from WordPress; it illustrates that you can do your front-end any way you like.

With the WordPress backend being serviceable but not at all compelling, and the PHP/SQL underpinnings of the whole enterprise not needing WordPress at all, REST is rendered a nice idea but an awful long-term business plan. Just like Automattic having deep experience with outside hosts.

In short, the WordPress REST API RENDERS WORDPRESS ITSELF SUPERFLUOUS.

This should be of grave concern to the WordPress Community. I’ve spoken with a few people close to me who handle development work for us and our sister service Answer Guy Central‘s clients, and they all see the same thing:

I took the matter to one of the best-respected denizens of the WordPress Community. Read Taylor Lovett’s presentation on WordPress terrific explanation of REST at the link below.

Taylor has drunk the open-source KoolAid, and I say that with the utmost respect. He believes that WordPress is best served by following the path that the open-source community has it on, and trusts that just as the community has brought WordPress to where it is, it will also preserve its interests by staying ahead of the kind of people who might wrest WordPress’ growing market share away using the WordPress REST API.

But he also agrees with my assessment that potentially, the REST API could lead people to completely bypass the parts of WordPress that “make it WordPress”.

At which point the question will become whether WordPress matters if you never see it. And at which point you’re going to be glad you’re part of a more pragmatic and WordPress Business Decisions-oriented community like The WordPress Helpers.