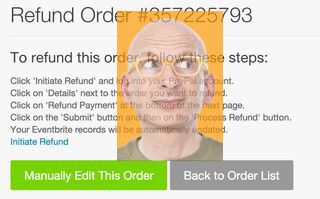 Seth Godin is one of the most brilliant marketing minds in recent memory. He was pretty much first to jump on the idea of community (Seth calls it “your tribe”). I love Seth’s work, and over at Answer Guy Central I’ve written about it many times. So I’m both unhappy and more than a little uncomfortable saying this:

Seth Godin is a Victim of Ivory Towers Syndrome

This week, Seth published the article you see linked below. And while I hadn’t thought about the fact that Seth’s still using Typepad in quite some time, maybe it’s a sign that he’s lost touch with the real world—that maybe Seth Godin has been hanging out in ivory towers for so long that now he’s just coasting.

The article is titled The First Rule of Web Design: Tell Me Where To Click. And in general it’s great advice; you want to make users’ experience on your web site as simple and as obvious as possible, and if they can’t figure out what to do, then what they’ll do is leave. But then Seth takes a turn I can’t begin to explain in any way other than to assume he’s been pontificating from ivory towers for so long that he’s lost sight of what’s happening in the real world.

Seth’s issue is with the fact that on one New York State website, he encountered a pair of buttons to make things other than what he wanted happen for him. Seth, we’re neighbors and  I feel your pain; much of what the state of New York thinks passes for a web site lies somewhere between dated and awful. And as anyone who’s read me for any length of time knows, I too will sometimes simply vent and call it “writing”.

But what if this design was intentional?

The page Seth is talking about makes it difficult to find the link that gets you a refund. Sure, that’s bad customer service, and we can’t say strongly enough that making things hard on customers is never a good idea. But what if—I know, I’m stretching here—the state of New York either doesn’t care what its “customers” think of them (not the stretch), or is actively trying to make people who are trying to become un-customers give up on that pursuit?

That last point is the point. When someone’s on the way out the door, your objectives are likely different than when they’re on the way in or planning to hang around. And design needs to take that into account.

Now please, subscribe to our weekly email (look how easy we make it!), and let’s hope that if you ever decide to unsubscribe you won’t be surprised that while we have a link in the email we send out, we don’t exactly highlight it.

Ivory towers are a bad place to hang out, folks.

Article Title:
Doing Web Site Design in an Ivory Tower
Subject:
Seth Godin is one of the most brilliant marketing minds today. But it seems Seth's been hanging out in ivory towers a bit too long, because his design advice is now naive
Author:
The WordPress Helpers