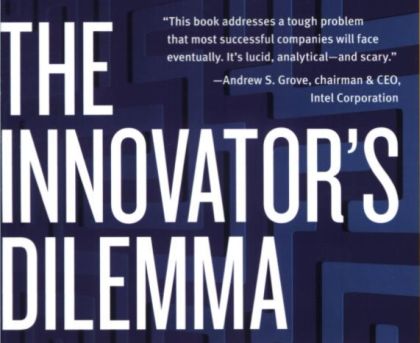 One of the many sites that, depending on who you ask, either is or is not controlled by the WordPress mothership is WP Tavern. This week an article appeared there pointing out one of the problems WordPress is having managing its growth, and cast it in exactly the right light: when you stop innovating, growth stops happening. WordPress Sharks, like sharks that swim in oceans, die when they stand still.

Cast as the Innovator’s Dilemma, WP Tavern has hit this one the head. They reference Matt Mullenweg’s recent assertion that people involved in WordPress need to start looking outside more than inside, and we’ve started seeing that topic discussed by some of the smartest WordPress Sharks.

Worth a read, but of course we think that; poking the WordPress sharks is one reason The WordPress Helpers is here.

There’s no need to take this one any further here, right? If you’re looking for some more, go ahead and contact The WordPress Helpers.

The (WordPress) Innovator’s Dilemma
Free Stuff!
No charge. No SPAM. Unsubscribe any time.