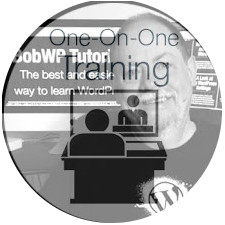 The WordPress Helpers is different from most other web sites, and certainly from most WordPress-focused sites. Like our sister Answer Guy Central, at The WordPress Helpers we don’t do “happy reporting”. In fact, we believe that one of the best ways to actually learn  something is to look at the wrong way to do it and reverse-engineer the process until you get to the right way.

We’ve been here for less than a month, and today is the fourth time we’re mentioning a guy named Bob Dunn. Bob Dunn does WordPress Training, and he clearly knows his stuff. And if Bob Dunn doesn’t like us very much this post likely won’t help that, but … let’s see.

While Bob was mentioned here only peripherally in our story about Geek Fights in the WordPress Community and in this piece on WordPress Image Handling, Bob Dunn WordPress Training was the main topic when he discussed but stopped short of actually being very helpful on the topic of WordPress Posts versus WordPress Pages. The piece you see linked below, on what happens when you change your WordPress theme, falls into the same trap. Great information, very little actionable assistance.

In Bob’s 28-minute video (yes, we watched the whole thing), he gave lots of examples of the problems you’ll encounter changing WordPress Themes. But the only punchline was “this stuff is hard”. And it is, and it’s the reason we run The WordPress Helpers WordPress Crash Course—and also why we work with third-party training partners like Bob Dunn.

What does this episode of Bob Dunn WordPress Training teach us about changing your WordPress theme? Quite a few things, actually:

According to Bob Dunn WordPress Training, the bottom line is this: first expect a lot of work when you change themes, and second Bob says he isn’t trying to freak you out on the topic.

Here’s the problem: Mr. Dunn should be trying to scare you; changing your WordPress theme almost never goes as easily as people think it will. So here’s our point:

Why does this matter? Because unlike the simple blogging platform WordPress once was and is often still used as by folks who set up free accounts at WordPress.com and make no real customizations, Content Management Systems aren’t unified environments. The data you store in a CMS is managed using entirely different rules than those that control the presentation of that data. And when you add “custom post types” (i.e., data specifically designed to act differently than the CMS natively accounts for), you’ve created something that is almost guaranteed to break when you change something after initiating their use.

As I said, and have said before, Bob Dunn WordPress Training isn’t bad; it just needs to be better. In fact, Bob, The WordPress Helpers would love to build a real, useful WordPress training course with you; we know you know your stuff.

Our punchline for this piece? That was it. Like WordPress itself, Bob Dunn WordPress Training is almost terrific. And it isn’t about the effort, it’s about the execution.

Bob Dunn, are you listening?